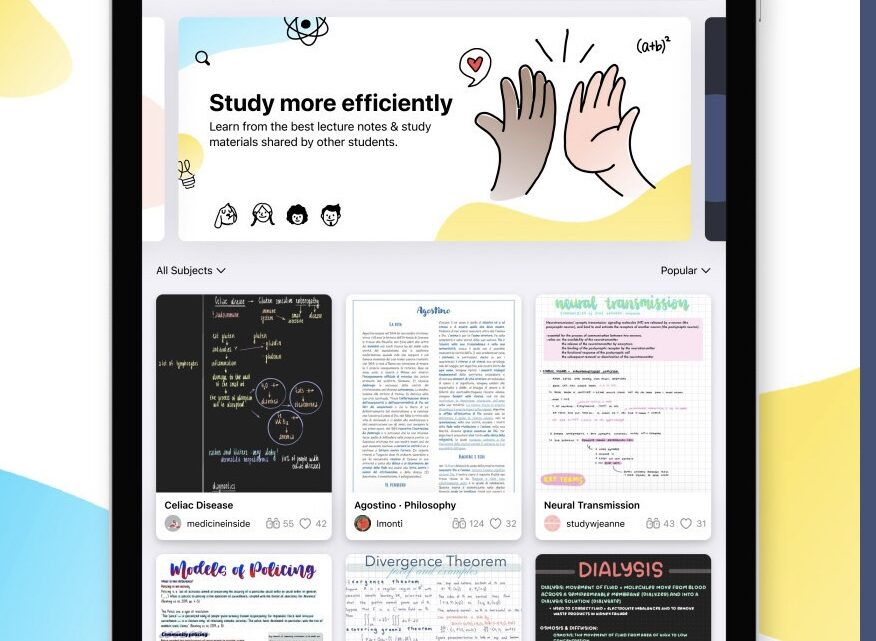 GoodNotes, the leading note-taking app on iPad, has launch of a new notes-sharing social platform for students around the globe.

The idea for GoodNotes stemmed from founder Steven Chan’s frustration of taking legible and organised notes on his first iPad ten years ago when he was a maths undergraduate student in Australia.

Chan went on to develop his own note-taking software, which has since grown to one of the top paid education apps on App Stores globally.

With more than 70% of GoodNotes’ user base made up of students, not only does the new platform offer a rich library of ready-to-study content, but also connects millions of students around the world.

“Studying alone is often inefficient and tedious, especially for remote learning, which is likely to be here to stay even after the Covid-19 pandemic,” said Steven Chan, founder of GoodNotes.

“We have millions of students across the world using GoodNotes to take study notes, and they are already sharing these notes via various social media including Reddit, Instagram and YouTube.

“We created this collaborative platform for students to enable this community of people to work together, inspire their peers and get inspired.”

Good Notes Community, which operates on a separate tab within the original app, has been up and running on an invitation-only beta for the past few months. It has so far built up a notes library of thousands and is particularly well-received by medical students.

GoodNotes users in English-speaking markets can start enrolling in the new community through a public waiting list.

Once accepted, thousands of study notes created by dedicated contributors will be at your fingertips.

The platform will also be available on the web at a later date, opening the GoodNotes Community to non-iOS audiences for the first time.

Good Notes is a top-ranked note-taking app that turns your iPad into digital paper. It helps millions of users worldwide digitize documents, create visually engaging notes, and organize files like a bookshelf.

Launched in 2011 by Steven Chan in Hong Kong, GoodNotes has consistently remained one of the top paid apps on App Stores all over the world and was named one of Apple’s Best of 2020 Paid iPad Apps.