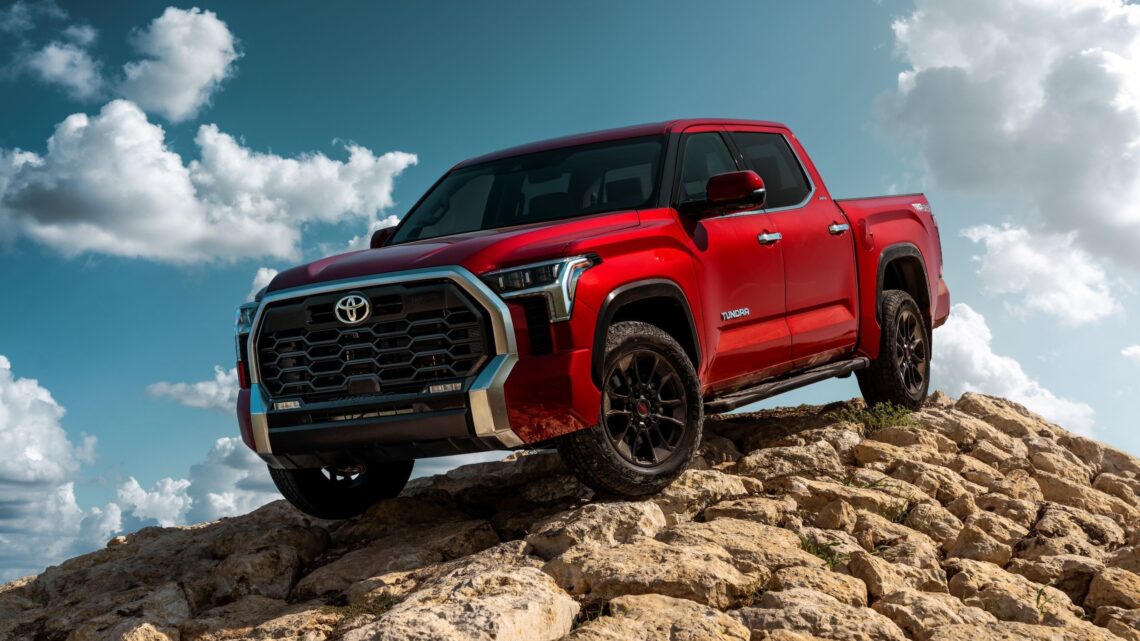 The all-new 2022 Toyota Tundra is the next generation of the model and the toughest yet. What have Toyota done with the Tundra for this next act?

Its predecessors hit the million-mile mark car sales on more than one occasion thanks to a team of engineers who built the truck above and beyond the status quo.

The 2022 version is born from a lineage of trucks and SUVs rooted in quality, durability and reliability. What has changed?

The all-new 2022 Toyota Tundra is a truck that would make its predecessors proud.

As the third generation of its namesake, this 2022 Tundra looks to improve upon everything – performance, capability, multimedia, creature comforts and more.

Toyota have resisted the urge to repeat or rethink its approach while carrying the knowledge of everything learned along the way.

The all-new Tundra was redesigned from the ground up. Designed, engineered and assembled in the U.S., there’s no question this is the toughest, most capable, most advanced Tundra to date.

The outcome of development efforts gives the stout new Tundra an impressive maximum towing capacity of up to 12,000 pounds and a max payload capacity of 1,940 pounds.

When paired with a brilliantly engineered bell-housing motor system called the i-FORCE MAX, the result is a combined performance output of 437 horsepower and a whopping 583 lb.-ft. of torque. Both configurations will be mated to a new 10-speed automatic transmission.

A host of new tech features are found throughout Tundra as well, such as towing aids, off-road enhancements, an all-new multimedia system featuring wireless Apple CarPlay and Android Auto and over-the-air updates.

Two different four-door layouts are available, as well as various bed lengths including a 5.5-foot bed, 6.5-foot bed and an 8.1-foot bed.

When does the 2022 Toyota Tundra go on sale?

The all-new Tundra will go on sale in later 2021, and pricing will be announced closer to the on-sale date.

7 Tips to Prep Homes for the Cold Season this Winter